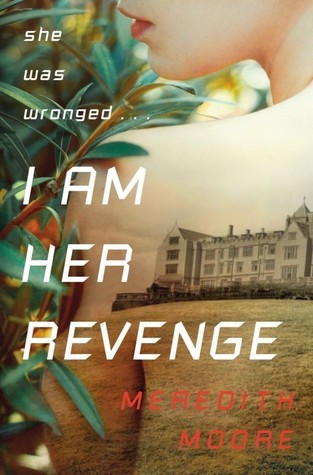 I AM HER REVENGE

She can be anyone you want her to be.
Vivian was raised with one purpose in life: to exact revenge on behalf of her mother. Manipulative and cruel, Mother has deprived Vivian not only of a childhood, but of an original identity. With an endless arsenal of enticing personalities at her disposal, Vivian is a veritable weapon of deception.

And she can destroy anyone.
When it’s time to strike, she enrolls in a boarding school on the English moors, where she will zero in on her target: sweet and innocent Ben, the son of the man who broke Mother’s heart twenty years ago.

Anyone…except for the woman who created her.
With every secret she uncovers, Vivian comes one step closer to learning who she really is. But the more she learns about herself, the more dangerous this cat and mouse game becomes. Because Mother will stop at nothing to make sure the truth dies with her.

“Meredith Moore’s mind-bending debut grips on every page. I loved this wicked take on La Femme Nikita set in the privileged, dark, compelling world of an English prep school. I Am Her Revenge is a twisted tale of murder, vengeance, and intrigue that will keep you turning pages long into the night, and even then the ending will blow your mind.” –Katherine Howe, New York Times bestselling author of Conversion

“Dark and twisty goodness! Thrilling and moving all at once. You won’t be able to look away! –Sophie Jordan, the international and New York Times bestselling author of the Firelight and Debutante Files series

“A refreshing and dramatic tale with a fearless and fragile protagonist.” –School Library Journal

“Moore’s debut is a sort of Fatal Attraction by way of Flowers in the Attic.” –Publishers Weekly 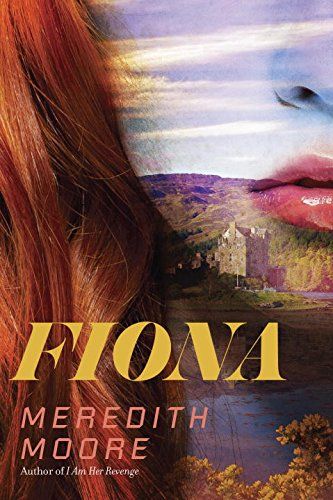 Fiona has a chance to leave her dark past behind.
Fee receives an email from a stranger named Lily, a countess who claims to have known her now-deceased mother. Lily invites her to live in her Scottish castle as an au pair for her young daughter, Poppy.

But the family secrets she brings with her will either destroy her . . .
When Fee starts hearing and seeing strange things around the castle at night, Fee is terrified she’s inherited her mother’s illness. She tells no one.

Or set her free.
Revealing her true identity might be the only thing that can release Fee from her tragic past. But will anyone believe her? Can Fee even believe herself?